What have we learnt about using social robots in eldercare?

Written by Rahzeb Choudhury
Part of The Best Eldercare 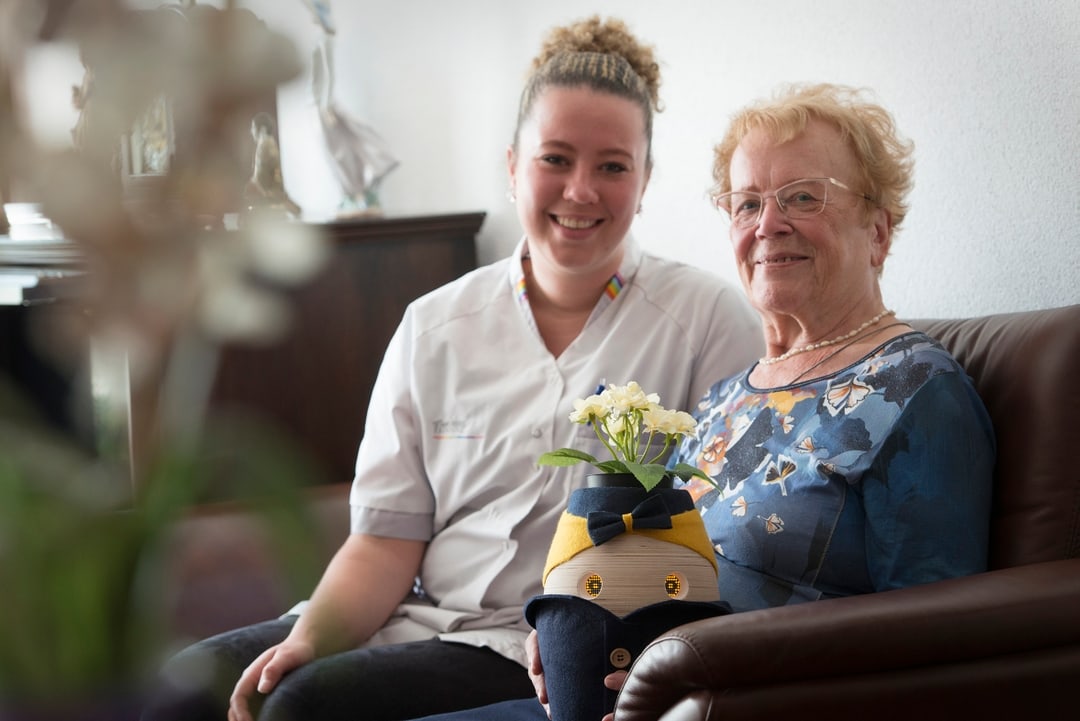 Together with his mother, Wang Long Li took care of his father, who passed away when he was nineteen years old. Wang felt driven to improve healthcare. He realised that if you pay attention to a person’s behavior early in the process of a disease, you can impact that person’s health as the disease progresses.

Together with his mother, Wang Long Li took care of his father, who passed away when he was nineteen years old. Wang felt driven to improve healthcare.

He realised that if you pay attention to a person’s behavior early in the process of a disease, you can impact that person’s health as the disease progresses.

For his PhD, he focused on how new technologies can be used meaningfully to help the elderly and people with cognitive impairment. For him, healthcare is about meeting both physiological and psychological needs. It became clear to him that people want to stay involved with others, feel competent in their actions, and retain autonomy over their lives.

Tinybots was founded in 2015, inspired by his PhD work. Tinybots is on the mission to empower people with cognitive challenges, such as people with dementia, people with ABI and/or Autism, and their families using social technology and social robotics.

Tinybots, with their first product, the social robot, Tessa, are not alone. There are dozens of solutions around the world. And, there will be more entrants. Some with the deep pockets needed for the continued innovation this space demands.

They all know the opportunity is as large as the challenge. How do we ensure quality care with the sheer amount of care needed now and in the years to come?

The term social robots covers three main use scenarios. In residential long-term care, the most well-established use is with robot pets. These provide emotional support and have been used for some time. As they are well understood by practitioners, we do not focus on them at all.

There is an emerging use scenario of telepresence robots. These provide social connectedness, remote support, care, and medical treatment. While a growing use scenario, these bots are not normally recommended for use by people with cognitive impairment without help from other people, so we do not cover them.

The last scenario is where we focus our attention during this Best Eldercare conversation. These are assistive, ‘humanoid’ robots, which provide reminders and support engagement. It’s already clear that these robots help people to live independently longer and relieve pressure from healthcare systems and their loved ones providing care. Critically, as Wang pointed out:

“Robots like Tessa, provide a social presence, people connect with them and often act out of positive motivation to a reminder or suggestion. The same reminders from family or care staff can be confronting….”

We talk at a crossroads in the realisation of Wang's vision. His company has analyzed and presented results from their users since 2017. These are promising enough to have convinced health insurers in the Netherlands to cover Tessa. His team is in the midst of a step-change in the volume of business. Social robots are about to become a standard tool in the lowlands. Tinybots have trials running in other European countries.

Wang's vision is one of intelligent homes with connected devices that put into practice ideas that have been simmering inside him for years. Systems that pay attention to a person’s behaviour and learn to interact in ways and at moments that provide pleasant triggers to help people stay competent in their actions, socially connected, and retain autonomy.

It was a rare delight to meet Wang back when he was just starting out. His humility, integrity, and quiet drive set him apart from so many other people I’ve met with grand and ambitious plans in the last twenty-five years working in and covering strategy and innovation.

During the conversation, which took place on Wednesday 30 March 2022 we discussed: Wang is a pioneer using social robots as tool in home care settings for people with cognitive impairment, who has the vision to help solve a global social challenge of a shortage of care professionals.